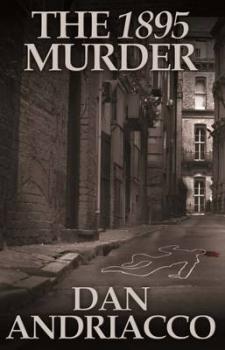 Popular mystery writer Sebastian McCabe is about to conquer a new world with his Sherlock Holmes play 1895. On opening night, however, his Erin, Ohio theatrical debut as both playwright and actor is upstaged by a murder in back of the newly renovated theater.His brother-in-law, Jeff Cody, evicted from his long-time apartment to make room for fiancee Lynda Teal's gun-toting father, is busy trying to keep Lynda's gorgeous and famous mother from hijacking their swiftly approaching wedding.Both men are pulled into the murder investigation by the pleading of Sister Mary Margaret Malone, Lynda's best friend and maid of honor. The dead man was an old flame of the sister - and the chief suspect is a troubled young man she is trying to save. Convinced of his innocence, she wants Mac and Jeff to prove it. The many fans of the first two mirthful mysteries starring McCabe and Cody will be delighted to see how Jeff placates Lynda, pacifies her mother, gets to know her father, keeps the wedding plans on track, and helps Mac solve the mystery. But first he almost gets killed, as usual.