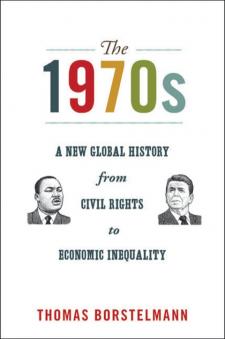 A compelling framework for understanding the importance of the 1970s for America and the worldThe 1970s looks at an iconic decade when the cultural left and economic right came to the fore in American society and the world at large. While many have seen the 1970s as simply a period of failures epitomized by Watergate, inflation, the oil crisis, global unrest, and disillusionment with military efforts in Vietnam, Thomas Borstelmann creates a new framework for understanding the period and its legacy. He demonstrates how the 1970s increased social inclusiveness and, at the same time, encouraged commitments to the free market and wariness of government. As a result, American culture and much of the rest of the world became more-and less-equal.Borstelmann explores how the 1970s forged the contours of contemporary America. Military, political, and economic crises undercut citizens' confidence in government. Free market enthusiasm led to lower taxes, a volunteer army, individual 401(k) retirement plans, free agency in sports, deregulated airlines, and expansions in gambling and pornography. At the same time, the movement for civil rights grew, promoting changes for women, gays, immigrants, and the disabled. And developments were not limited to the United States. Many countries gave up colonial and racial hierarchies to develop a new formal commitment to human rights, while economic deregulation spread to other parts of the world, from Chile and the United Kingdom to China.Placing a tempestuous political culture within a global perspective, The 1970s shows that the decade wrought irrevocable transformations upon American society and the broader world that continue to resonate today.