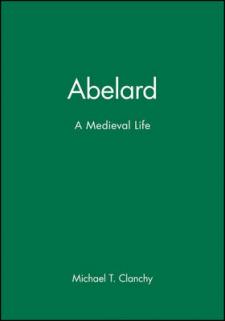 Michael Clanchy introduces the reader to medieval life through the experience of Peter Abelard, the master of the Paris schools, whose career included, seducing Heloise (his student), being castrated, accused of treason, condemned as a heretic (twice), as well as writing his memoirs - his "story of calamities". Because Abelard touched so many aspects of life, this book is structured naturally around the roles he played.The author describes in vivid and concrete terms what it meant in the twelfth century to be a famous scientist (the master of Latin, logic and philosophy), then a dedicated monk and pioneer of the discipline of theology - and yet one who was at various times a wandering scholar, courtier and jester. The author's many new findings include the discovery that it was Heloise who inspired many of Abelard's most profound ideas. She educated him: up-to now historians have assumed it to be the other way round. This, the first biography of Abelard for over 30 years, combines the most recent international research with a re-reading of the sources line by line.