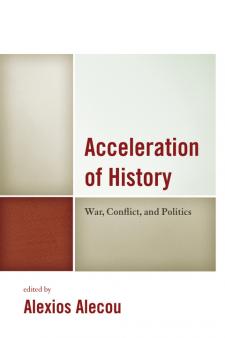 We willingly imagine that the speed of development of events has always remained constant here on earth. This is reflected in the fact that it is generally believed that the rate of natural phenomena is the same today as it has always been in the past and will remain this way more or less in the future. It is, now, a fact that the speed of progression of events is not constant over time. It was ascertained that since around the beginning of the 20th century the rate has accelerated in various fields, hence the term "acceleration of history" came to describe this phenomenon. This acceleration continues its course today and will even intensify. Examples meeting these historical vaults in short time periods are many, either local or international, that contributed to the change of the direction of history. Under any circumstances though, the “mature” conditions for change are not enough without the human interference. This phenomenon has been referred to as the “acceleration of history” in order to emphasize the fact that if in the past a certain lapse of time was necessary for history to unfold—for the events to take place—today, and starting around the beginning of the 20th century, this time lapse was becoming increasingly shorter. The events today, therefore, have intensified much more than in the past. So, which are considered as the main acceleration periods in history? Which events or developments de-normalized or deeply reformed the then acceptable norms, either national or international? Which events or developments changed the hard bits of history? These are the questions that we will try to answer in this edited volume.