The Acceptance and Expression of Prejudice during the Trump Era 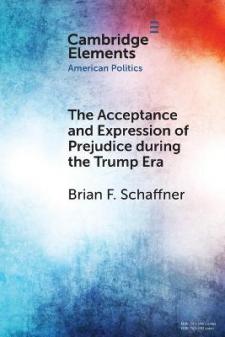 What are the consequences when politicians make prejudiced statements? Theories about the suppression of prejudice argue that people are likely to express more prejudice when they believe that norms are more permissive than they may have otherwise assumed. Using a series of experiments carried out during and since the 2016 campaign, Brian Schaffner shows that being exposed to Donald Trump's prejudiced rhetoric causes people to express more prejudice themselves. Notably, this is not merely a 'Trump Effect;' people's commitment to anti-prejudice norms is undermined even when exposed to prejudiced rhetoric attributed to unnamed politicians. These findings are consequential; if politicians increasingly feel at liberty to express explicit prejudice, then the mass public is likely to take cues from such behavior, leading them to express more prejudice themselves. This may lead to increasingly heightened inter-group tensions which could pose a threat to political and social stability in the United States.