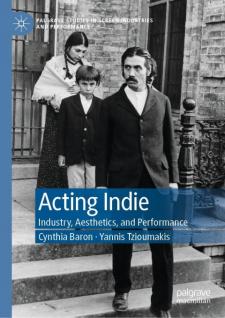 This book illustrates the many ways that actors contribute to American independent cinema. Analyzing industrial developments, it examines the impact of actors as writers, directors, and producers, and as stars able to attract investment and bring visibility to small-scale productions. Exploring cultural-aesthetic factors, the book identifies the various traditions that shape narrative designs, casting choices, and performance styles. The book offers a genealogy of industrial and aesthetic practices that connects independent filmmaking in the studio era and the 1960s and 1970s to American independent cinema in its independent, indie, indiewood, and late-indiewood forms. Chapters on actors’ involvement in the evolution of American independent cinema as a sector alternate with chapters that show how traditions such as naturalism, modernism, postmodernism, and Third Cinema influence films and performances.