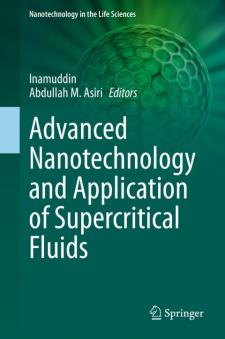 Globalization and industrialization involve a number of reactions, products, extractions, and separations that require the use of organic solvents. These solvents are responsible for a number of ecological concerns, including atmospheric and land toxicity. Conventional organic solvents are regarded as volatile organic compounds; some are even limited due to their potential for ozone layer depletion. While supercritical liquids exhibit physical properties that could make them ideal substitutes for these volatile compounds, there is particular interest in the use of carbon dioxide as a solvent of crude material. In particular, carbon dioxide has apparent ‘green’ properties, like its noncombustible nature, the fact that it is generally nonpoisonous, and its relative inertness. Thus, the use of supercritical carbon dioxide can provide practical improvements to the sustainability of industrial products and processes. This book provides in-depth literature in the area of industrial green processes, focusing on the separation, purification, and extraction of compounds utilizing supercritical carbon dioxide as a green solvent.