Adventures of a Psychologist 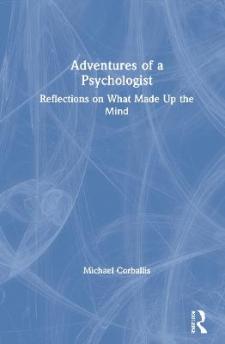 In this enlightening biography, award- winning academic psychologist Michael Corballis tells the story of how the field of cognitive psychology evolved and the controversies and anecdotes that occurred along the way.

Since the Second World War, psychology has undergone several scientific movements, from behaviourism to cognitive psychology and finally to neuroscience. In this fascinating biography, Corballis recounts his career as a researcher who played a part in these monumental changes in psychology. Beginning with his boarding-school education in New Zealand, Corballis goes on to recount his PhD studies and behavioural research into mirror-image discriminations in pigeons, the uprising of the "cognitive revolution" amidst 1960s counterculture and his switch to become a cognitive psychologist, his research into brain asymmetry and the evolution of language and its origin of manual gestures, and the development of mental time travel in animals.

Featuring stories of prominent scientists who were integral in psychology's biggest discoveries and insight into the heated debates and controversies in psychology during a time of great scientific and sociocultural change, this biography is a must-read for those interested in how psychology became established as a science.