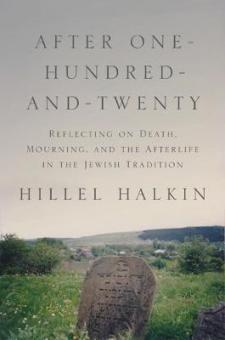 A deeply personal look at death, mourning, and the afterlife in Jewish tradition

After One-Hundred-and-Twenty provides a richly nuanced and deeply personal look at Jewish attitudes and practices regarding death, mourning, and the afterlife as they have existed and evolved from biblical times to today. Taking its title from the Hebrew and Yiddish blessing to live to a ripe old age-Moses is said to have been 120 years old when he died-the book explores how the Bible's original reticence about an afterlife gave way to views about personal judgment and reward after death, the resurrection of the body, and even reincarnation. It examines Talmudic perspectives on grief, burial, and the afterlife, shows how Jewish approaches to death changed in the Middle Ages with thinkers like Maimonides and in the mystical writings of the Zohar, and delves into such things as the origins of the custom of reciting Kaddish for the deceased and beliefs about encountering the dead in visions and dreams.

After One-Hundred-and-Twenty is also Hillel Halkin's eloquent and disarmingly candid reflection on his own mortality, the deaths of those he has known and loved, and the comfort he has and has not derived from Jewish tradition.