The Afterlife of Edgar Allan Poe 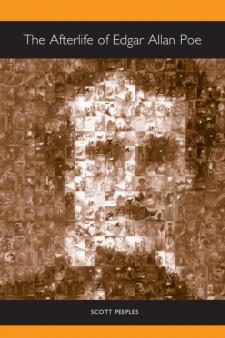 Controversies abound in studies of Edgar Allan Poe. From the time of his death well into the twentieth century, partisans debated the issue of his character: was he an alcoholic? drug addict? pathological liar? necrophile? In the 1920s and 30s, psychoanalytic critics sought to divorce the study of Poe from Victorian moral concerns but in the process made scandalous claims by linking Poe's dream-like stories to his personality. The status of Poe's literary productions was similarly disputed; dismissed by the New Critics but championed by poets such as William Carlos Williams and Allen Tate. Recent scholars have debated the meaning and significance of Poe's representations of race, class, and gender, often returning to the character issue: how racist and misogynist was he, and how importantare those questions to understanding his work? Finally, how have the seemingly countless plays, films, novels, comic books, and pop music experiments based on his image and works intertwined with academic study of Poe? This book examines these and other controversies, shedding light on broader issues of canon formation, the role of biography in literary study, and the importance of integrating various, even conflicting interpretations into one's own reading of a literary work. This book will be of great interest to Poe scholars, both those who have been a part of the literary battles describedabove and newcomers to the field who can use the book as a guide to the field of Poe studies, and to all those interested in Poe and his work.

Scott Peeples is associate professor of English at the College of Charleston.