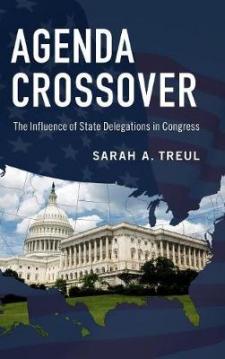 Agenda Crossover updates our understanding of state delegations, exploring how they influence representation and responsiveness in Congress today. The theory of agenda crossover posits that members of the House and Senate have much to gain from monitoring the legislative agendas of other members of the delegation, especially those in the opposite chamber. Treul clearly demonstrates that individual members of delegations still utilize their fellow delegates in order to help them respond to constituents and enhance their own electoral success. It is argued that on certain issues - particularly the ones most relevant to a state's economy - members of Congress are willing to set aside partisan differences and work across the aisle. In this way, these bicameral connections between members of a state delegation - even across party lines - can, at times, trump the power of party in Congress.