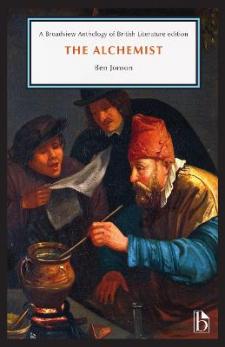 The Alchemist has long been admired as one of Ben Jonson's best dramas-Samuel Taylor Coleridge famously deemed it one of the most 'perfect' plots in literature. Its satiric cleverness and metatheatricality have delighted audiences from its first performance to the present day; readers and play-goers are swept up in the schemes of a fake alchemist and other determined fraudsters whose scams appear to offer easy wealth and immortality to their morally compromised victims. While no characters emerge unscathed by Jonson's satire, and while alchemy itself is revealed as most likely a sham, the play is nonetheless a tribute to the transformative - indeed, the alchemical-powers of the theater.This edition includes a helpful introduction to the play, including discussion of its performance history and background information on alchemy. Thorough annotations to the text are also provided, as are contextual materials, including a selection of Jonson's sources, further materials on alchemy, and an example of the 'rogue' or 'coney-catching' literature that informs Jonson's portrayal of the grifters in the play.