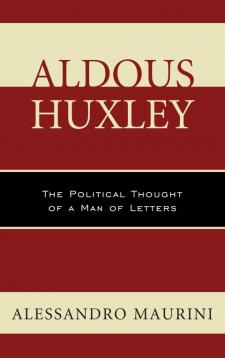 Aldous Huxley: The Political Thought of a Man of Letters argues that Huxley is not a man of letters engaged in politics, but a political thinker who chooses literature to spread his ideas. His preference for the dystopian genre is due to his belief in the tremendous impact of dystopia on twentieth-century political thought. His political thinking is not systematic, but this does not stop his analysis from supplying elements that are original and up-to-date, and that represent fascinating contributions of political theory in all the spheres that he examines from anti-Marxism to anti-positivism, from political realism to elitism, from criticism of mass society to criticism of totalitarianism, from criticism of ideologies to the future of liberal democracy, from pacifism to ecological communitarianism. Huxley clearly grasped the unsolved issues of contemporary liberalism, and the importance of his influence on many twentieth-century and present-day political thinkers ensures that his ideas remain indispensable in the current liberal-democratic debate. Brave New World is without doubt Huxley’s most successful political manifesto. While examining the impassioned struggle for the development of all human potentialities, it yet manages not to close the doors definitively on the rebirth of utopia in the age of dystopia.