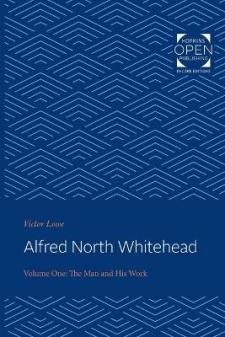 Originally published in 1985. The second volume of Victor Lowe's definitive work on Alfred North Whitehead completes the biography of one of the twentieth century's most influential yet least understood philosophers. In 1910 Whitehead abruptly ended his thirty-year association with Trinity College of Cambridge and moved to London. The intellectual and personal restlessness that precipitated this move ultimately led Whitehead-at the age of sixty-three-to settle in America and change the focus of his work from mathematics to philosophy. Volume 2 of Alfred North Whitehead: The Man and His Work follows Whitehead's journey to the United States and analyzes his expanding intellectual life. Although Whitehead wrote philosophy based on natural science while still in London, he began his most important work shortly after moving to Harvard in 1924. Science and the Modern World appeared in 1925, Religion in the Making in 1926, Symbolism in 1927, and Process and Reality in 1929. Discussing these and other important works, Lowe combines scholarly analysis with valuable insights gathered from Whitehead's friends and colleagues. Although Whitehead ordered that all his private papers be destroyed, Lowe was given access to letters the philosopher wrote to his son, North, and others. Never before published, the letters add a new personal dimension to Whitehead's life and thought. Photographs of the philosopher, his family, and associates provide an intimate look at a private and self-effacing man whose work has had a lasting impact on twentieth-century thought.