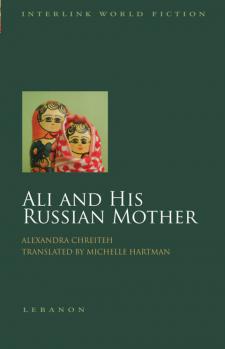 Ali and His Russian Mother

Alexandra Chreiteh's Ali and his Russian Mother is at once an ordinary and extraordinary story of two young people in Lebanon. At the outbreak of the July War in 2006, the novel's unnamed young protagonist reconnects with her childhood friend and develops a little crush on him, as they flee the bombs unleashed upon their country by Israel. Displaced, along with a million others across the country, she and her Russian mother have joined an evacuation for Russian citizens, when she again meets up with Ali, her former schoolmate from the South, who also has a Russian (Ukrainian) mother. As the two friends reunite, chat, and bond during a harrowing bus caravan across the Syrian border to Lattakia, en route to Moscow, Chreiteh's unique, comic sense of the absurd speaks to contradictions faced by a young generation in Lebanon now, sounding out taboos surrounding gender, sexual, religious, and national identities. Carrying Russian passports like their mothersboth of whom married Lebanese men and settled therethey are forced to reflect upon their choices, and lack of them, in a country that is yet again being torn apart by violent conflict.