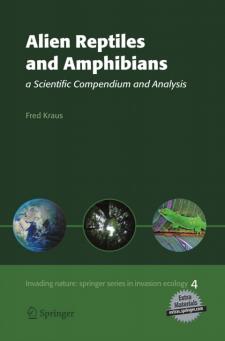 Transportation of species to areas outside their native ranges has been a feature of human culture for millennia. During this time such activities have largely been viewed as beneficial or inconsequential. However, it has become increasingly clear that human-caused introductions of alien biota are an ecological disruption whose consequences rival those of better-known insults like chemical pollution, habitat loss, and climate change. Indeed, the irreversible nature of most alien-species int- ductions makes them less prone to correction than many other ecological problems. Current reshuffling of species ranges is so great that the present era has been referred to by some as the “Homogocene” in an effort to reflect the unique mag- tude of the changes being made. These alien interlopers often cause considerable ecological and economic d- age where introduced. Species extinctions, food-web disruptions, community alte- tions, ecosystem conversion, changes in nutrient cycling, fisheries collapse, watershed degradation, agricultural loss, building damage, and disease epidemics are among the destructive – and frequently unpredictable – ecological and economic effects that invasive alien species can inflict. The magnitude of these damages c- tinues to grow, with virtually all environments heavily used by humans now do- nated by alien species and many “natural” areas becoming increasingly prone to alien invasion as well. Attention to this problem has increased in the past decade or so, and efforts to prevent or limit further harm are gaining wider scientific and political acceptance.