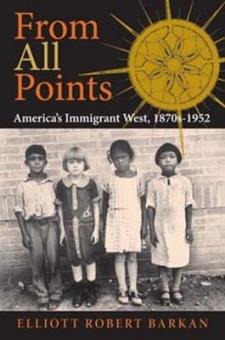 At a time when immigration policy is the subject of heated debate, this book makes clear that the true wealth of America is in the diversity of its peoples. By the end of the 20th century the American West was home to nearly half of America's immigrant population, including Asians and Armenians, Germans and Greeks, Mexicans, Italians, Swedes, Basques, and others. This book tells their rich and complex story-of adaptation and isolation, maintaining and mixing traditions, and an ongoing ebb and flow of movement, assimilation, and replenishment. These immigrants and their children built communities, added to the region's culture, and contended with discrimination and the lure of Americanization. The mark of the outsider, the alien, the nonwhite passed from group to group, even as the complexion of the region changed. The region welcomed, then excluded, immigrants, in restless waves of need and nativism that continue to this day.