Altered Consciousness in the Twentieth Century 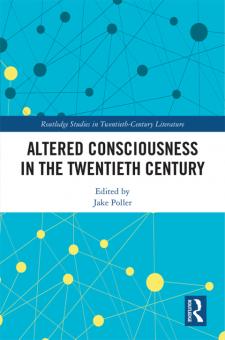 The twentieth century saw an unprecedented spike in the study of altered states of consciousness. New ASCs, such as those associated with LSD and psilocybin mushrooms, were cultivated and studied, while older ASCs were given new classifications: out-of-body experiences, near-death experiences, psychokinesis, extrasensory perception.  Altered Consciousness in the Twentieth Century analyses these different approaches and methodologies, and includes exciting new research into neglected areas. This volume investigates the representation of ASCs in the culture of the twentieth century and examines the theoretical models that attempt to explain them. The international contributors critically examine a variety of ASCs, including precognition, near-death experiences, telepathy, New Age ‘channelling’, contact with aliens and UFOs, the use of alcohol and entheogens, analysing both the impact of ASCs on the culture and how cultural and technological changes influenced ASCs. The contributors are drawn from the fields of English and American literature, religious studies, Western esotericism, film studies, sociology and history of art, and bring to bear on ASCs their own disciplinary and conceptual perspectives, as well as a broader interdisciplinary knowledge of the subject. The collection represents a vital contribution to the growing body of work on both ASCs and the wider academic engagement with millennialism, entheogens, occulture and the paranormal.