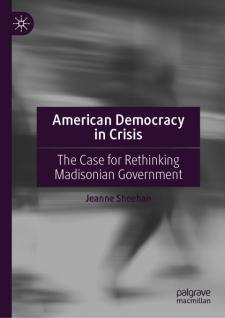 Public disenchantment with and distrust of American government is at an all-time high and who can blame them? In the face of widespread challenges—everything from record levels of personal and national debt and the sky high cost of education, to gun violence, racial discrimination, an immigration crisis, overpriced pharmaceuticals, and much more—the government seems paralyzed and unable to act, the most recent example being Covid-19. It’s the deadliest pandemic in over a century. In addition to an unimaginable sick and death toll, it has left more than thirty million Americans unemployed. Despite this, Washington let the first round of supplemental unemployment benefits run out and for more than a month were unable to agree on a bill to help those suffering. This book explains why we are in this situation, why the government is unable to respond to key challenges, and what we can do to right the ship. It requires that readers “upstream,” stop blaming the individuals in office and instead look at the root cause of the problem. The real culprit is the system; it was designed to protect liberty and structured accordingly. As a result, however, it has left us with a government that is not responsive, largely unaccountable, and often ineffective. This is not an accident; it is by design. Changing the way our government operates requires rethinking its primary goal(s) and then restructuring to meet them. To this end, this book offers specific reform proposals to restructure the government and in the process make it more accountable, effective, and responsive.