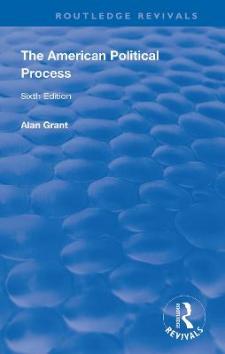 First published in 1997, this edition of The American Political Process examines both the formal and informal institutions of government and analyses how these bodies interact I the making of public policy in the United States in order to provide an understanding of contemporary American politics.

This Sixth Edition has been thoroughly up-dated, extended and substantially revised to take account of important events such as the Republicans winning control of Congress in 1994 and the 1996 Presidential and Congressional elections. It looks at the political developments of the 1990s against the background of a long-established constitutional structure and a distinctively American political culture.

Each chapter includes a variety of useful tables and diagrams as well as suggestions for further reading and there is an extensive glossary of terms in American politics which provides an easily accessible reference for the reader.