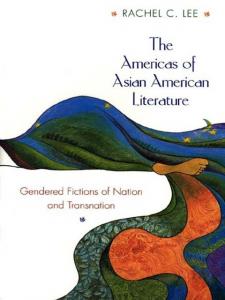 Drawing on a wide array of literary, historical, and theoretical sources, Rachel Lee addresses current debates on the relationship among Asian American ethnic identity, national belonging, globalization, and gender. Lee argues that scholars have traditionally placed undue emphasis on ethnic-based political commitments--whether these are construed as national or global--in their readings of Asian American texts. This has constrained the intelligibility of stories that are focused less on ethnicity than on kinship, family dynamics, eroticism, and gender roles. In response, Lee makes a case for a reconceptualized Asian American criticism that centrally features gender and sexuality. Through a critical analysis of select literary texts--novels by Carlos Bulosan, Gish Jen, Jessica Hagedorn, and Karen Yamashita--Lee probes the specific ways in which some Asian American authors have steered around ethnic themes with alternative tales circulating around gender and sexual identity. Lee makes it clear that what has been missing from current debates has been an analysis of the complex ways in which gender mediates questions of both national belonging and international migration. From anti-miscegenation legislation in the early twentieth century to poststructuralist theories of language to Third World feminist theory to critical studies of global cultural and economic flows, The Americas of Asian American Literature takes up pressing cultural and literary questions and points to a new direction in literary criticism.