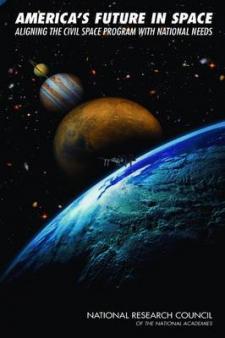 Af National Research Council & Division on Engineering and Physical Sciences & Aeronautics and Space Engineering Board & Space Studies Board & Committee on the Rationale and Goals of the U.S. Civil Space Program
0

As civil space policies and programs have evolved, the geopolitical environment has changed dramatically. Although the U.S. space program was originally driven in large part by competition with the Soviet Union, the nation now finds itself in a post-Cold War world in which many nations have established, or are aspiring to develop, independent space capabilities. Furthermore discoveries from developments in the first 50 years of the space age have led to an explosion of scientific and engineering knowledge and practical applications of space technology. The private sector has also been developing, fielding, and expanding the commercial use of space-based technology and systems.

Recognizing the new national and international context for space activities, America's Future in Space is meant to advise the nation on key goals and critical issues in 21st century U.S. civil space policy.