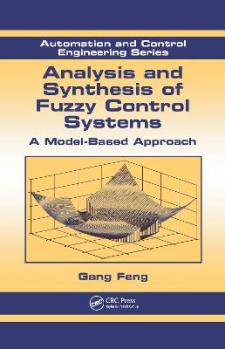 Fuzzy logic control (FLC) has proven to be a popular control methodology for many complex systems in industry, and is often used with great success as an alternative to conventional control techniques. However, because it is fundamentally model free, conventional FLC suffers from a lack of tools for systematic stability analysis and controller design. To address this problem, many model-based fuzzy control approaches have been developed, with the fuzzy dynamic model or the Takagi and Sugeno (T-S) fuzzy model-based approaches receiving the greatest attention.

Analysis and Synthesis of Fuzzy Control Systems: A Model-Based Approach offers a unique reference devoted to the systematic analysis and synthesis of model-based fuzzy control systems. After giving a brief review of the varieties of FLC, including the T-S fuzzy model-based control, it fully explains the fundamental concepts of fuzzy sets, fuzzy logic, and fuzzy systems. This enables the book to be self-contained and provides a basis for later chapters, which cover:

A reference for scientists and engineers in systems and control, the book also serves the needs of graduate students exploring fuzzy logic control. It readily demonstrates that conventional control technology and fuzzy logic control can be elegantly combined and further developed so that disadvantages of conventional FLC can be avoided and the horizon of conventional control technology greatly extended. Many chapters feature application simulation examples and practical numerical examples based on MATLAB (R).