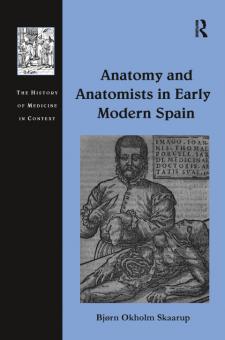 Taking the Vesalian anatomical revolution as its point of departure, this volume charts the apparent rise and fall of anatomy studies within universities in sixteenth-century Spain, focussing particularly on primary sources from 1550 to 1600. In doing so, it both clarifies the Spanish contribution to the field of anatomy and disentangles the distorted political and historiographical viewpoints emerging from previous research. Studies of early modern Iberian science have only been carried out coherently and collaboratively in the last few decades, even though fierce debates on the subject have dominated Spanish historiography for more than two centuries. In the field of anatomy studies, many uninformed and biased readings of archival sources have resulted in a very confused picture of the practice of dissection and the teaching of anatomy in the Iberian Peninsula, in which the highly complex conditions of anatomical research within Spain’s national context are often oversimplified. The new empirical evidence that this book brings to light suggests a far more multifaceted narrative of Iberian Renaissance anatomy than has been presented to date.