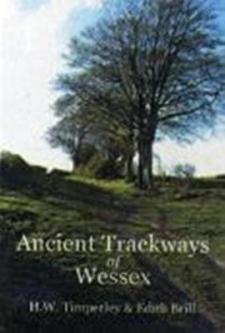 An account of the ancient trackways across the area known as Wessex, the old kingdom of the West Saxons, once ruled by King Alfred the Great: roughly speaking, Berkshire, Hampshire, Wiltshire, Dorset and Somerset as well as parts of Devon, Oxfordshire and the Cotswolds. With Salisbury Plain at its centre, the chalk hills and downs of southern England radiate out in all directions, and the ridgeways provided natural routes from one place to another, along which the early inhabitants of Britain travelled. Ancient Trackways of Wessex is a practical walker's guide to the pathways across this chalkland as well as a study of such matters as topography, history, sights to be seen and the relevant Ordnance Survey maps. It is arranged into walks along particular routes between given points and includes photographs and simple maps. Meticulously and comprehensively researched, Ancient Trackways of Wessex is a delightful exploration of this enchanting corner of England.