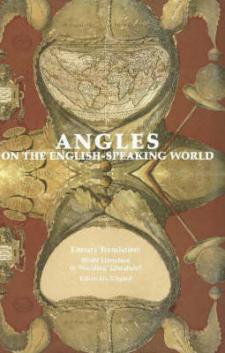 Angles on the English-Speaking World

This volume of 'Angles on the English-Speaking World' discusses the intriguing inter-relatedness between the concepts and phenomena of world literature and translation. The term 'worlding', presented by Astradur Eysteinsson in this collection, is coined by Sarah Lawell in her book Reading World Literature (1994) where it denotes the reader's pleasurable 'reading' of the meeting of 'worlds' in a literary translation -- i.e. the meeting of the different cultural environments embodied in a translation from one language into another. Through such reading, the reader in fact participates in creating true 'world literature'. This is a somewhat unorthodox conception of world literature, conventionally defined as 'great literature' shelved in a majestic, canonical library. In the opening article sparking off the theme of this collection, Eysteinsson asks: "Which text does the concept of world literature refer to? It can hardly allude exclusively to the original, which the majority of the works readers may never get to know. On the other hand, it hardly refers to the various translations as seen apart from the original.
It seems to have a crucial bearing on the border between the two, and on the very idea that the work merits the move across this linguistic and cultural border, to reside in more than two languages". Picking up on this question at issue, all the essays in this collection throw light on the problematic mechanics of cultural encounters when 'reading the world' in literary translation, i.e. in the texts themselves as well as in the ways in which they have become institutionalised as 'world literature'.