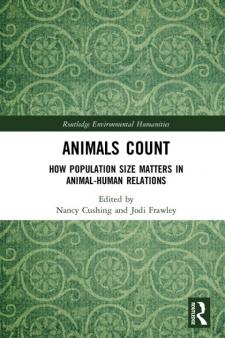 Whether their populations are perceived as too large, just right, too small or non-existent, animal numbers matter to the humans with whom they share environments. Animals in the right numbers are accepted and even welcomed, but when they are seen to deviate from the human-declared set point, they become either enemies upon whom to declare war or victims to be protected. In this edited volume, leading and emerging scholars investigate for the first time the ways in which the size of an animal population impacts how they are viewed by humans and, conversely, how human perceptions of populations impact animals. This collection explores the fortunes of amphibians, mammals, insects and fish whose numbers have created concern in settler Australia and examines shifts in these populations between excess, abundance, equilibrium, scarcity and extinction. The book points to the importance of caution in future campaigns to manipulate animal populations, and demonstrates how approaches from the humanities can be deployed to bring fresh perspectives to understandings of how to live alongside other animals.