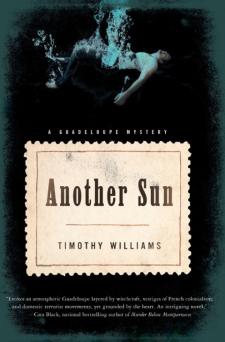 From one of The Observer’s “10 Best Modern European Crime Writers”—a murder mystery set on the French Caribbean island of Guadeloupe.   The sun-drenched Caribbean island of Guadeloupe is technically part of France, subject to French law and loyal to the French Republic. But in 1980, the scars of colonialism are still fresh, and ethnic tensions and political unrest seethe just below the surface of everyday life.   French-Algerian judge Anne Marie Laveaud relocated to this beautiful Caribbean island confident that she could make it her new home. But her day-to-day life is filled with frustration. Now she is assigned a murder case in which she is sure the chief suspect, an elderly ex-con named Hégésippe Bray, is a political scapegoat. Her superiors are dismissive of her efforts to prove Bray innocent, and to add insult to injury, Bray himself won’t even speak to her because she’s a woman. But she won’t give up, and Anne Marie’s investigations lead her into a complex tangle of injustice, domestic terrorists, broken hearts—and maybe even voodoo.   From the award-winning author of the Inspector Trotti series, this is “a complex, atmospheric novel, made all the more fascinating by Williams’ painstaking attention to sensory, sociopolitical, and historical detail.” —Mystery Scene Magazine