The Apocalyptic Letter to the Galatians 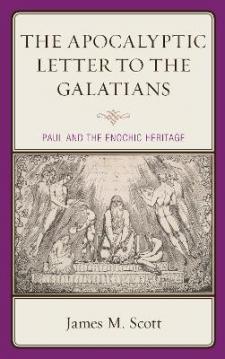 One "apocalyptic" reading of Paul's letter to the Galatians has been attempted before and is now widely accepted, but that reading is not based on a thorough engagement with Jewish apocalyptic traditions of the Second Temple period. In this book, James M. Scott argues that there is an essential continuity between Galatians and Paul's Jewish past, and that Paul uses the apocalyptic Epistle of Enoch (1 Enoch 92-105) as a literary model for his own letter. Scott first contextualizes the Epistle of Enoch using the entire Enochic corpus and explores the extensive similarities (and some differences) between the Enochic tradition and early Stoicism. Then he turns to deal specifically with Paul's letter to the Galatians, showing that, despite their obvious differences, the two apocalyptic letters have some remarkable features in common as well. This approach to the interpretation of Galatians fundamentally stands to change the way biblical scholars understand Paul's letter and the gospel that he preached. Paul is "within Judaism," if the net for what is included in "Judaism" is wide enough to encompass the Enochic tradition.