Are You Running With Me, Jesus? 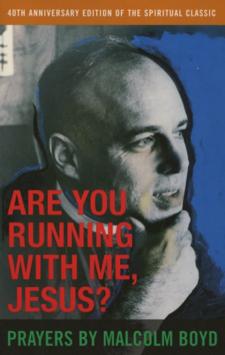 In the middle of the turbulent 1960s Malcolm Boyd's Are You Running With Me, Jesus? appeared on the scene and broke the mold from which devotional texts had previously been made. Boyd's prayers engaged traditional Christian themes with a decidedly contemporary voice—honest, direct, insightful—while at the same time taking on issues of everyday concern: personal freedom, racial justice, sexuality. Billed by its original publisher as a collection of “prayers for all of us today who are finding it harder and harder to pray,” this landmark book has influenced generations of Christians and seekers. This fortieth anniversary edition promises to celebrate its impact and make it available to further generations.