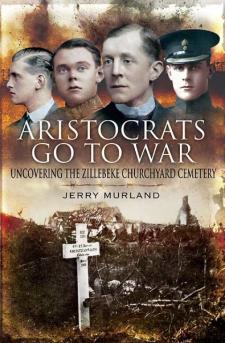 Zillebekes small churchyard military cemetery provides the inspiration for this charming piece of military and social history. The author has researched into the exploits and backgrounds of 27 fallen soldiers, the majority being officers of the Guards and Cavalry, as well as other ranks and six Canadians.The outcome is a fascinating and moving book that emphasizes the indiscriminate nature of war. Privilege and wealth were no protection against bullets and shells and all men regardless of background took their chances, standing shoulder to shoulder. The 1st Battle of Ypres in late 1914 was in many ways the last stand of Britains Contemptible Little Army (as the Kaiser called it) and the Ypres Salient was to remain the focus of so much fighting over the next four years.Thanks to detailed research and support from the families concerned, the author has unearthed letters, memorabilia and photographs.