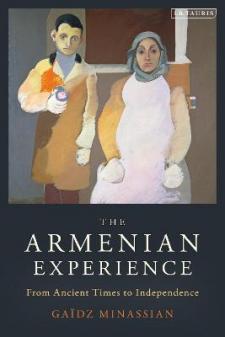 Armenian national identity has long been associated with what has come to be known as the Armenian Genocide of 1915. Immersing the reader in the history, culture and politics of Armenia - from its foundations as the ancient kingdom of Urartu to the modern-day Republic - Gaidz Minassian moves past the massacres embedded in the Armenian psyche to position the nation within contemporary global politics.

An in-depth study of history and memory, The Armenian Experience examines the characteristics and sentiments of a national identity that spans the globe. Armenia lies in the heart of the Caucasus and once had an empire - under the rule of Tigranes the Great in the first century BC - that stretched from the Caspian to the Mediterranean seas. Beginning with an overview of Armenia's historic position at the crossroads between Rome and Persia, Minassian details invasions from antiquity to modern times by Arabs, Mongols, Ottomans, Persians and Russians right up to its Soviet experience, and drawing on Armenia's post-Soviet conflict with Azerbaijan in its attempts to reunify with the disputed territory of Nagorno-Karabakh.

This book questions an Armenian self-identity dominated by its past and instead looks towards the future. Gaidz Minassian emphasises the need to recognise that the Armenian story began well before the Genocide 1915, and continues as an on-going modern narrative.