The Art of Civilization 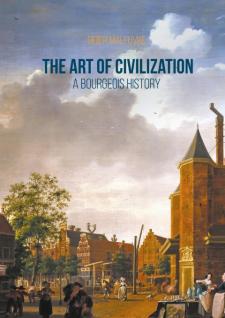 Didier Maleuvre argues that works of art in Western societies from Ancient Greece to the interconnected worlds of the Digital Age have served to rationalize and normalize an engagement with bourgeois civilization and the city. Maleuvre details that the history of art itself is the history civilization, giving rise to the particular aesthetics and critical attitudes of respective moments and movements in changing civilizations in a dialogical mode. Building a visual cultural account of shifting forms of culture, power, and subjectivity, Maleuvre illustrates how art gave a pattern and a language to the model of social authority rather than simply functioning as a reflective one. Through a broad cultural study of the relationship between humanity, art, and the culture of civilization, Maleuvre introduces a new set of paradigms that critique and affirm the relationship between humanity and art, arguing for it as an engine of social reproduction that transforms how culture is inhabited.