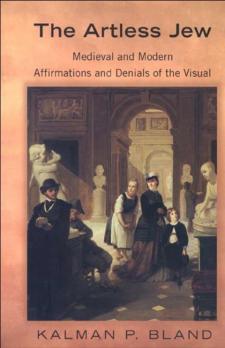 Conventional wisdom holds that Judaism is indifferent or even suspiciously hostile to the visual arts due to the Second Commandment's prohibition on creating "graven images," the dictates of monotheism, and historical happenstance. This intellectual history of medieval and modern Jewish attitudes toward art and representation overturns the modern assumption of Jewish iconophobia that denies to Jewish culture a visual dimension. Kalman Bland synthesizes evidence from medieval Jewish philosophy, mysticism, poetry, biblical commentaries, travelogues, and law, concluding that premodern Jewish intellectuals held a positive, liberal understanding of the Second Commandment and did, in fact, articulate a certain Jewish aesthetic. He draws on this insight to consider modern ideas of Jewish art, revealing how they are inextricably linked to diverse notions about modern Jewish identity that are themselves entwined with arguments over Zionism, integration, and anti-Semitism. Through its use of the past to illuminate the present and its analysis of how the present informs our readings of the past, this book establishes a new assessment of Jewish aesthetic theory rooted in historical analysis. Authoritative and original in its identification of authentic Jewish traditions of painting, sculpture, and architecture, this volume will ripple the waters of several disciplines, including Jewish studies, art history, medieval and modern history, and philosophy.