Assumptions of the Tea Party Movement 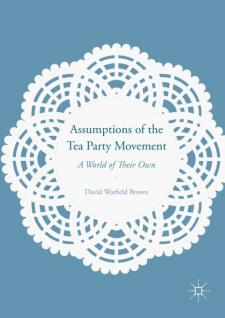 This book presents a reassessment of the fundamental principles of the Tea Party movement. The Tea Party movement is largely associated with those who want a severely limited federal government spending far fewer taxpayer dollars. What gets less attention are the underlying Tea Party sentiments that, the book argues, are not so much false as they are terribly dated in light of the current national landscape. Such sentiments include prioritizing self-reliance, viewing politics as a “dirty business,” considering “free enterprise” unassailable, and believing the earth to be man’s possession. Brown skillfully and thoughtfully breaks from partisan considerations to get at the root of the movement, arguing that too many Tea Partiers are living in a world of their own, which, given so many pressing problems in the world, amounts to what Brown calls “sentimental mischief.”