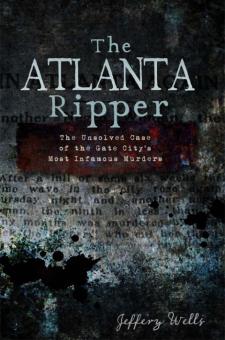 An examination of the unsolved mystery of the Jack the Ripper-style serial killer who terrified early 20th century Atlanta, Georgia.   As Atlanta finished rebuilding after the Civil War, a new horror arose from the ashes to roam the night streets. Beginning in 1911, a killer whose methods mimicked the famed Jack the Ripper murdered at least twenty black women, from prostitutes to working-class women and mothers. Each murder attributed to the killer occurred on a Saturday night, and for one terrifying spring in 1911, a fresh body turned up every Sunday morning. Amid a stifling investigation, slayings continued until 1915. As many as six men were arrested for the crimes, but investigators never discovered the identity of the killer, or killers, despite having several suspects in custody. Join local historian Jeffery Wells as he reveals the case of the Atlanta Ripper, unsolved to this day.