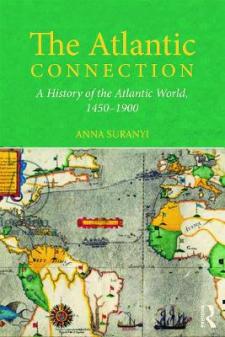 Focusing on the interconnections of the Atlantic world from 1450-1900, The Atlantic Connection examines the major themes of Atlantic history. During this period, ships, goods, diseases, human beings and ideas flowed across the ocean, tying together the Atlantic basin in a complex web of relationships. Divided into five main thematic sections while maintaining a broadly chronological structure, this book considers key cultural themes such as gender, social developments, the economy, and ideologies as well as:

- the role of the Atlantic in ensuring European dominance

- the creation of a set of societies with new cultural norms and philosophical ideals that continued to evolve and to transform not only the Atlantic, but the rest of the world

- the contestation over rights and justice that emerged from the Atlantic world which continues to exist as a significant issue today.

The Atlantic Connection is shaped by its exploration of a key question: how did Europe come to dominate the Atlantic if not through its technological prowess? Adeptly weaving a multitude of events into a larger analytical narrative, this book provides a fascinating insight into this complex region and will be essential reading for students of Atlantic history.