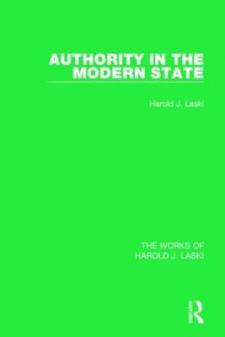 Authority in the Modern State (Works of Harold J. Laski)

As a sequel to Studies in the Problem of Sovereignty, this volume, originally published in 1919, expands Laski's pluralist doctrine of the state, (using France as its reference) but covers rather broader ground, since its main object is to insist that the probem of sovereignty is only a special case of the problem of authority. The result is a positive, constructive analysis of politics and the theory of the state which examines the division and organisation of power, the limitations of power and the significance of freedom, the political theory of Bonald, the revival of traditionalism and the role of the Church and the Civil Service.