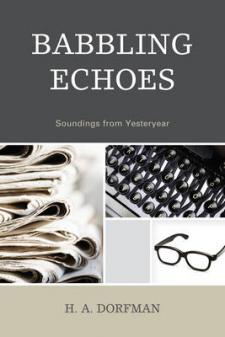 Harvey Dorfman was an educator for twenty-seven years before entering the field of sport psychology. His stature in the field grew significantly during the twenty-six years of his second career. But through most of both professional pursuits, he was also a writer. Seven books and hundreds of newspaper columns and magazine articles have appeared under his name. This final volume is a collection of some of his favorite pieces. Included are personal reflections and social commentary, both sobering and satirical. Interviews of both public and private personages are included, as well as feature stories on subjects of general interest. These works appeared in local newspapers while he was living and teaching in Vermont and in The Rutland Herald, where he was a columnist and a feature writer. They have also appeared in The New York Times, The Miami Herald, and many other national periodicals.