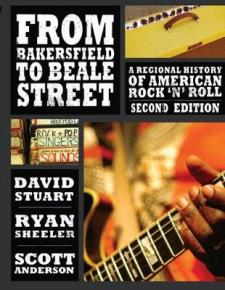 From Bakersfield to Beale Street: A Regional History of American Rock 'n' Roll

From Bakersfield to Beale Street: A Regional History of American Rock 'n' Roll examines how rock 'n' roll music developed in American regions during the years between 1940 and 1987. The music originating from the distinctive cultural regions of the United States reflects these diverse areas. These styles helped to define the American popular musical landscape in the second half of the twentieth century. This text traces the roots of rock 'n' roll through three basic archetypes-the blues, folk and country music, and popular music coming from Tin-Pan Alley. America's many genres of popular music are the result of the ongoing recombination of these basic forms and styles.