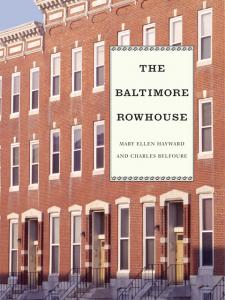 Perhaps no other American city is so defined by an indigenous architectural style as Baltimore is by the rowhouse, whose brick facades march up and down the gentle hills of the city. Why did the rowhouse thrive in Baltimore? How did it escape destruction here, unlike in many other historic American cities? What were the forces that led to the citywide renovation of Baltimore's rowhouses?The Baltimore Rowhouse tells the fascinating 200-year story of this building type. It chronicles the evolution of the rowhouse from its origins as speculative housing for immigrants, through its reclamation and renovation by young urban pioneers thanks to local government sponsorship, to its current occupation by a new cadre of wealthy professionals.