Baseball on the Border 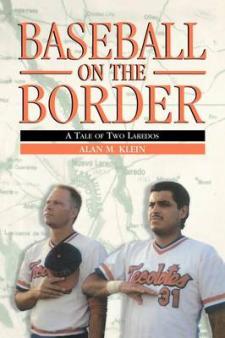 From 1985 to 1994 there existed a significant but unheralded experiment in professional baseball. For ten seasons, the Tecolotes de los Dos Laredos (The Owls of the Two Laredos) were the only team in professional sports to represent two nations. Playing in the storied Mexican League (an AAA affiliate of major league baseball), the "Tecos" had home parks on both sides of the U.S.-Mexico border, in Laredo, Texas and in Nuevo Laredo, Tamaulipas. In true border fashion, Mexican and American national anthems were played before each game, and the Tecos were operated by interests in both cities. Baseball on the Border is the story of the rise and unexpected demise of this surprising team. For Alan Klein, a cultural anthropologist specializing in sport, "the border" is almost a nation of its own. Having formed teams of players from both sides of the Rio Grande for almost a century, organizers and followers of the "Border Birds" often join forces but just as frequently squabble with each other in a chronic border tension. Throughout the book, Klein includes firsthand observations of the team and descriptions of its players.
Readers will meet Dan Firova, the Tecos' beleaguered manager, a border-region native who nevertheless finds himself a target of the Mexican media. The "Ugly American," Willie Waite, is a young pitcher whose stunning success does nothing to diminish the disdain he has for his Mexican teammates. Ernesto Barraza, "The Trickster," once threw a no-hitter on only seventy-three pitches (on April Fool's Day, appropriately enough), but occasionally shows up at the park missing part of his uniform. And then there is Andres Mora, an aged slugger who, despite three seasons in major league baseball and a life of personal excesses, came within a few home runs of setting the all-time Mexican League record. This is just part of the roster of the Tecos and only a fraction of the lineup of Baseball on the Border. Anyone with an interest in baseball will be enlightened and entertained by this informative book.