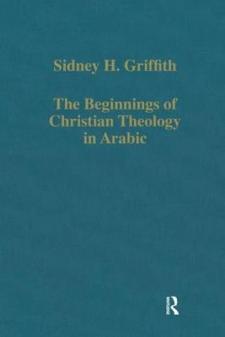 The Beginnings of Christian Theology in Arabic

The articles in this collection complement those in Professor Griffith's previous volume, Arabic Christianity in the Monasteries of 9th-Century Palestine, studying the first efforts of Christians living in the early Islamic world to respond to the religious challenges of Islam. In particular, the author shows how Christian apologists who wrote in Arabic adopted in defense of Christian doctrines the modes of discourse (kalam) then employed by Muslim controversialists (mutakallimun) to advance the claims of Islam. The writers whose works are studied here developed a truly Christian 'ilm al-kalam, that is to say a science of defending Christianity in an Arabic idiom borrowed largely from Muslims.