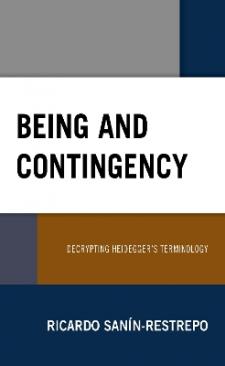 Heideggers construction of Being is paramount in Western philosophy and arguably the most enduring effort to construct a presupposition free ontology. Nevertheless, using the theory of encryption of power, we can discover that the result of his effort is a sophisticated perpetuation of a kind of knowing and of doing that alienates the possibility of any kind of politics as a commonality of differences.

This book connects the theory of encryption of power with an array of ground-breaking philosophical and scientific traditions of the last hundred years in order to perforate and depose Heideggers metaphysics, through his construction of the ready-to-hand. Through a hypothetical language game, based on Wittgensteins "language games" (The "X" game of language) this book decrypts Heideggers construction of Being while also decrypting and empowering the Wittgensteinian philosophy of language along with it.

The idea of decryption demonstrates that, through particular forms of language use and philosophy, the world as we know it is encrypted; forms of resistance and life are covered over by a surface of control and determination that leads to economic and political forms like capitalism, fascism and liberalism. Decryption is a way of unconcealing what has been concealed. By staging this encounter, Sanin-Restrepo brings the insights of decolonial theory to bear on the main body of Western philosophy and directly on Heidegger himself.