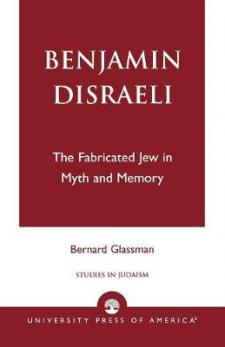 This book utilizes previously ignored or little known sources to provide new insights into how one of the most famous Jewish converts was viewed by the Jewish community he ignored and by the larger Christian world that would not accept him. Although Benjamin Disraeli was baptized prior to his thirteenth birthday, he could not escape his origins. Labeled as a 'Jew Scamp' by his detractors when he entered the political arena, he exploited his background to demonstrate the nobility of his ancient race and the superiority of his ancestral origins over those of his opponents. Rather than deny his roots, he chose to make them an integral part of his mystique. Though Disraeli's support of Jewish causes was problematic, his growing prominence attracted the attention of Anglo-Jewry who needed a hero to validate their own Englishness. Gradually, in spite of his baptism, they accepted him as a true representative of their faith and culture. Ultimately, a diverse group used and abused his achievements for their own purposes both during and especially after his lifetime. Zionists, Victorian racists, mid-twentieth century Nazis, Jewish apologists, and present day hate-mongers found abundant material in his novels to support their causes. This book shows how a myth can take on a life of its own in the collective memory of the Jewish people, as well as in the thought processes of a variety of anti-Semitic groups. Its fresh approach to the life and lore of a colorful Victorian figure also raises the issue of ethnic identity and minority acceptance in our pluralistic society.