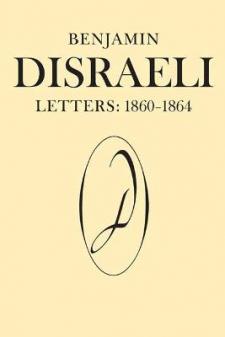 Benjamin Disraeli (1804-81) was one of the most important figures in nineteenth-century Europe, spending three decades in British government and twice serving as prime minister. This volume collects 556 of Disraeli's letters from a tumultuous period in European history - years that witnessed the Italian revolution, the Polish revolt against Russia, anxiety about Napoleon III's intentions in Europe, and the American Civil War. The letters, of which more than four hundred have never before been published, provide revealing insights into Disraeli's thoughts on political and social issues; they also illuminate his style of leadership and the inner workings of the Conservative party. This eighth volume of Benjamin Disraeli Letters also includes recently recovered letters from years covered by previous volumes, including four to Lionel de Rothschild that reveal a hitherto unknown collaboration between Rothschild, Disraeli, and Lord George Bentinck on an anonymous pamphlet promoting Jewish political rights. Fully annotated, this volume is a welcome addition to the series.