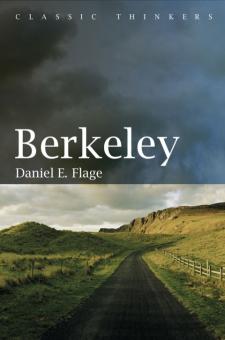 Irish philosopher George Bishop Berkeley was one of the greatest philosophers of the early modern period. Along with David Hume and John Locke he is considered one of the fathers of British Empiricism. Berkeley is a clear, concise, and sympathetic introduction to George Berkeley s philosophy, and a thorough review of his most important texts. Daniel E. Flage explores his works on vision, metaphysics, morality, and economics in an attempt to develop a philosophically plausible interpretation of Berkeley s oeuvre as whole. Many scholars blur the rejection of material substance (immaterialism) with the claim that only minds and things dependent upon minds exist (idealism). However Flage shows how, by distinguishing idealism from immaterialism and arguing that Berkeley s account of what there is (metaphysics) is dependent upon what is known (epistemology), a careful and plausible philosophy emerges. The author sets out the implications of this valuable insight for Berkeley s moral and economic works, showing how they are a natural outgrowth of his metaphysics, casting new light on the appreciation of these and other lesser-known areas of Berkeley s thought. Daniel E. Flage s Berkeley presents the student and general reader with a clear and eminently readable introduction to Berkeley s works which also challenges standard interpretations of Berkeley s philosophy.