The Berlin Discussion of the Problem of Evolution 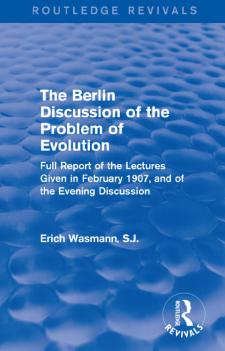 First published in 1909, this book collects the author's lectures on the 'problem of evolution' and the resultant debate. The first considers the validity of the Theory of Evolution and whether it is in opposition to the Christian view of creation. The second examines the assertion that evolution harmonises only with Monism rather than Theism and which of the two views is preferable. It also looks at the popular identification of Darwinism with evolution, if it is scientific and the results this leads to. The third looks at man's position in the problem of evolution - whether we are bound to bring in considerations higher than the zoological - and the evidence for our descent from 'brutes'.