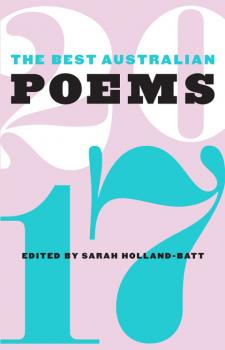 Sarah Holland-Batt is the author of The Hazards (UQP, 2015), which won the poetry prize at the 2016 Prime Minister's Literary Awards, and Aria (UQP, 2008), which won the Thomas Shapcott Poetry Prize, the Arts ACT Judith Wright Award, and the FAW Anne Elder Award and was shortlisted in both the New South Wales and Queensland Premiers’ Literary Awards. She is presently a Senior Lecturer in Creative Writing at the Queensland University of Technology and the poetry editor of Island.