Beyond the competent child 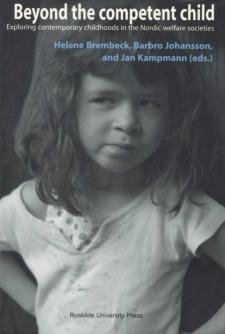 The Nordic child is often considered competent: as a family member, a pupil, a consumer or a citizen. Looking more in depth one finds that the idea of the competent child is intimately linked to the modern project and to ideas of children as rational "beings"; children in their own right.

What, then, are the implications for the present time with its constant questioning of the mere concept of modernity?

Beyond the competent child consists of four parts focusing on child policies and child participation, school and day care, market and consumption, and finally an attempt to rethink the concept of becoming-child in the new millennium.

The book addresses childhood researchers and their university level students throughout the Nordic countries as well as in other parts of the world.